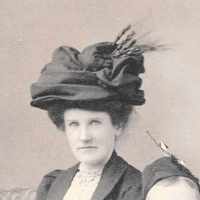 The Life of Christina Hunter

When Christina Hunter Miller was born on 15 August 1878, in North Leith, Midlothian, Scotland, her father, James Miller, was 24 and her mother, Agnes Hunter, was 20. She married John Currie on 17 November 1903. They were the parents of at least 2 sons and 2 daughters. She lived in Newbattle, Edinburghshire, Scotland, United Kingdom in 1891. She died on 9 August 1955, in Butte, Silver Bow, Montana, United States, at the age of 76, and was buried in Butte, Silver Bow, Montana, United States.

Put your face in a costume from Christina Hunter's homelands.

Garfield was shot twice by Charles J. Guitea at Railroad Station in Washington, D.C. on July 2, 1881. After eleven weeks of intensive and other care Garfield died in Elberon, New Jersey, the second of four presidents to be assassinated, following Abraham Lincoln.
1881