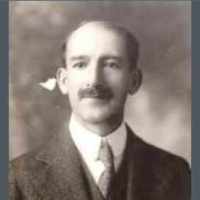 The Life of David Sinclair

Put your face in a costume from David Sinclair's homelands.

When a man that had escaped a quarantined steamboat with yellow fever went to a restaurant he infected Kate Bionda the owner. This was the start of the yellow fever epidemic in Memphis, Tennessee. By the end of the epidemic 5,200 of the residence would die.
1896 · Plessy vs. Ferguson

English: perhaps a patronymic (meaning ‘son of the butler’) from Burl .