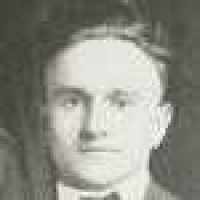 The Life of Joseph Clay

Put your face in a costume from Joseph Clay's homelands.

1 English: occupational name from Middle English, Old French ferm(i)er (Late Latin firmarius). The term denoted in the first instance a tax farmer, one who undertook the collection of taxes, revenues, and imposts, paying a fixed (Latin firmus) sum for the proceeds, and only secondarily someone who rented land for the purpose of cultivation; it was not applied to an owner of cultivated land before the 17th century.2 Irish: Anglicized (part translated) form of Gaelic Mac an Scolóige ‘son of the husbandman’, a rare surname of northern and western Ireland.