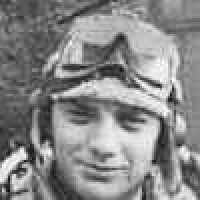 The Life of Ralph

English: perhaps a variant of Burbage , altered by folk etymology, or possibly a habitational name from a lost place so named.