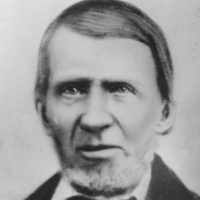 When Jens Gotfredsen was born on 9 April 1810, in Jetsmark, Hvetbo, Hjørring, Denmark, his father, Gotfred Christophersen, was 31 and his mother, Mette Jensdatter, was 25. He married Karen Jensdatter on 4 July 1845, in Øland, Hjørring, Denmark. They were the parents of at least 4 sons and 2 daughters. He lived in Ålborg, Denmark in 1855. He died on 29 June 1898, in Vermillion, Sevier, Utah, United States, at the age of 88, and was buried in Glenwood, Sevier, Utah, United States.

History of Mette (Martha) Christine Gottfredson and her family by Carrie Tuft Jensen, her daughter