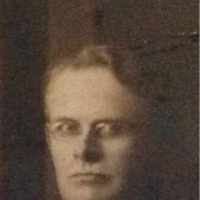 The Life Summary of Perry Sylvester

When Perry Sylvester Calvin was born on 10 January 1872, in Transfer, Pymatuning Township, Mercer, Pennsylvania, United States, his father, James Dowling Calvin, was 30 and his mother, Sophrona Augustine, was 28. He married Minnie Cotton in 1905. They were the parents of at least 1 daughter. He lived in Akron, Summit, Ohio, United States for about 10 years. He died on 1 May 1946, at the age of 74, and was buried in Portville, Portville, Cattaraugus, New York, United States.

Put your face in a costume from Perry Sylvester's homelands.

English (Lancashire and Cumberland; of Norman origin): nickname from Anglo-Norman French cauf ‘bald’ + the diminutive suffix -in.In some cases also French: variant of Cauvin , a cognate of 1 above.