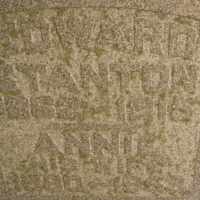 The Life of Anna M.

Put your face in a costume from Anna M.'s homelands.

A patent was filed on October 11, 1867, on a new direct action typewriter. The patent was filed by Christopher Latham Sholes, Carlos Glidden, and Samuel Soule who had invented the prototype in Milwaukee.
1886

Irish: reduced form of O'Connor , which is an Anglicization of Gaelic Ó Conchobhair ‘descendant of Conchobhar’.