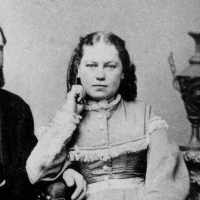 The Life of Ella Eunice

Put your face in a costume from Ella Eunice's homelands.

1 Irish or English (mainly northern Ireland): unexplained.2 Dutch: shortened form of van Beers, a habitational name from any of the places called Beers in Friesland, Overijssel, North Brabant, and near Antwerp.3 German: variant of Baer .