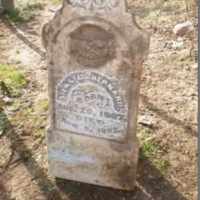 The Life of Silas G.

Put your face in a costume from Silas G.'s homelands.

The Monumental Church was built between 1812-1814 on the sight where the Richmond Theatre fire had taken place. It is a monument to those that died in the fire.
1830 · The Second Great Awakening

1 English, French, Dutch, Polish, Czech, and Slovenian: from a Germanic personal name ( see Bernhard ). The popularity of the personal name was greatly increased by virtue of its having been borne by St. Bernard of Clairvaux ( c.1090–1153 ), founder and abbot of the Cistercian monastery at Clairvaux.2 Americanized form of German Bernhard or any of the other cognates in European languages; for forms see Hanks and Hodges 1988 .