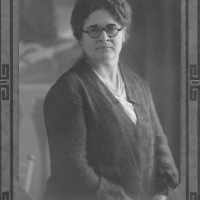 The Life of Maud Colbath

Put your face in a costume from Maud Colbath's homelands.

A federal law prohibiting all immigration of Chinese laborers. The Act was the first law to prevent all members of a national group from immigrating to the United States.
1898 · Sinking of USS Maine

During the Cuban War for Independence, the USS Maine had been sent to Havana to look out for the interests of the United States. On February 15, 1898, at approximately 21:40, an explosion on USS Maine was caused by roughly 5 long tons of powder. The front of the ship was demolished and the remains quickly sunk to the bottom of the ocean. 260 men lost their lives in the explosion itself, with at least six more dying afterwards from related injuries. The event kicked off an atmosphere of contention that would eventually lead to the Spanish-American War.
1906 · Saving Food Labels

English and Scottish: ethnic name for someone of Irish origin. Compare Ireland .