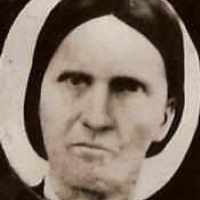 The Life Summary of Marcy Jane

Put your face in a costume from Marcy Jane's homelands.

English, German, French, Spanish, Portuguese, and Dutch: from the Latin personal name Lucas (Greek Loukas) ‘man from Lucania’. Lucania is a region of southern Italy thought to have been named in ancient times with a word meaning ‘bright’ or ‘shining’ (compare Lucio ). The Christian name owed its enormous popularity throughout Europe in the Middle Ages to Saint Luke the Evangelist, hence the development of this surname and many vernacular derivatives in most of the languages of Europe. In North America, this surname has absorbed cognates from other languages, e.g. Greek Loukas , Hungarian Lukács (see Lukacs ), German, Dutch, etc. Lukas , Polish Łukasz, Czech and Slovak Lukáš, Czech Lukeš, Slovenian and Croatian Lukež (see Lukes ). Compare Luke .Scottish: shortened Anglicized form of Gaelic Mac Lùcais (see McLucas ).History: Jacques Lucas dit Lépine from Port-en-Bessin-Huppain in Calvados, France, married Françoise Capel in Trois-Rivières, QC, in 1653.