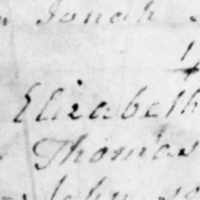 1775 · The Shot Heard Around the World
"On April 18, 1775, a shot known as the ""shot heard around the world"" was fired between American colonists and British troops in Lexington, Massachusetts. This began the American War for Independence. Fifteen months later, Thomas Jefferson penned the Declaration of Independence. The Treaty of Paris was signed in September 1783 which ended the war. The colonies were no longer under British rule. Many who fought for the British fled to Canada, the West Indies, and some to England."
1787 · English Convicts Sail to Australia
The first fleet of convicts sailed from England to Australia on May 13, 1787. By 1868, over 150,000 felons had been exiled to New South Wales, Van Diemen's Land, and Western Australia.
1789 · The Interesting Narrative of the Life of Olaudah Equiano
"Former slave Olaudah Equiano settled in London and published his autobiography titled ""The Interesting Narrative of the Life of Olaudah Equiano."" Equiano learned to read and write and converted to Christianity. His autobiography is one of the oldest published works by an African-American writer."