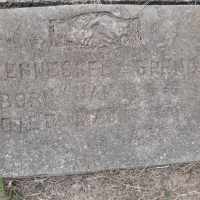 The Life of Tennessee

Put your face in a costume from Tennessee's homelands.

Caused by many crimes and breaking the Tenure of Office Act, Many Senators and House Representatives became angry with President Johnson and began discussions of his Impeachment. After a special session of Congress, the Articles of Impeachment were approved by the House and then the Senate. Making Andrew Johnson the first President to be Impeached.
1883 · The Mosaic Templar is Founded

The Mosaic Templar is an African American fraternal organization founded in Little Rock. it was founded by former slaves, John Edward Bush and Chester W. Keatts. It was part of a movement that was going on at the time, where everyone was forming fraternities and sororities. The main departments for this one where endowment, monument, analysis, uniform, rank, recapitulation, records, and a juvenile division.
1890 · The Sherman Antitrust Act