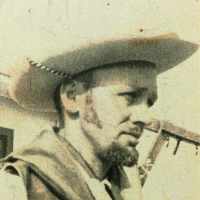 The Life of Wallace Irwin

When Wallace Irwin Nicholson was born on 18 February 1907, in Boston, Suffolk, Massachusetts, United States, his father, Roy Mason Nicholson, was 23 and his mother, Hannah Araminta McCutcheon, was 23. He married Agnes Ethel Pickard on 29 June 1925, in Fredericton, York, New Brunswick, Canada. They were the parents of at least 1 daughter. He lived in Massachusetts, United States in 1907 and York, New Brunswick, Canada in 1911. He died on 21 February 1986, in Sutter, California, United States, at the age of 79.

Put your face in a costume from Wallace Irwin's homelands.