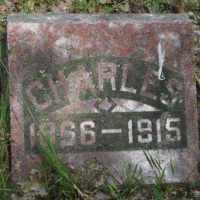 The Life of Charles Maurice

Put your face in a costume from Charles Maurice's homelands.

A patent was filed on October 11, 1867, on a new direct action typewriter. The patent was filed by Christopher Latham Sholes, Carlos Glidden, and Samuel Soule who had invented the prototype in Milwaukee.
1881 · The Assassination of James Garfield