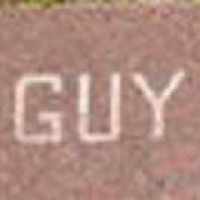 The Life of Guy Harrison

Put your face in a costume from Guy Harrison's homelands.

The Chicago River Canal was built as a sewage treatment scheme to help the city's drinking water not to get contaminated. While the Canal was being constructed the Chicago River's flow was reversed so it could be treated before draining back out into Lake Michigan.
1909 · The NAACP is formed

1 Dutch and German: from the personal name Nel, a reduced form of Cornelius .2 South German: nickname from Middle High German nelle ‘crown of the head’, perhaps denoting an obstinate person.3 English: from the Middle English personal name Nel(le), a variant of Neill .