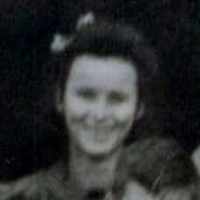 The Life of Joanna Bell

Put your face in a costume from Joanna Bell's homelands.

The Detroit Zoological Society was founded in 1911, but the zoo didn't officially open until August 1, 1928. At the opening ceremony, Mayor John C. Nagel was to speak to the gathered crowd. Arriving late, Nagel parked his car behind the bear dens and as he came rushing around the front. A polar bear leaped from the moat in the den and stood directly in front of Nagel. Unaware how precarious his situation was, Nagel stuck out his hand and walked toward the polar bear joking, ""He's the reception committee. The Detroit Zoo was the first zoo in America with cage-less exhibits and the first zoo to no longer keep elephants because of the harsh winters causing psychological stress on them.
1929

Some authorities translate this name as home-free, home peace, or peace at home. It is similar to Cundfrid, which has been rendered "defensor notus," or illustrious protector. "Kun-frid" would be translated as "strong protector." Nicknames are Humps, Nump, and Numps.