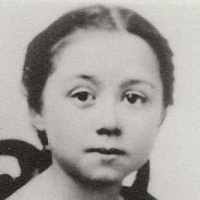 The Life Summary of Frances Sabina

When Frances Sabina Smith was born on 15 July 1849, in Great Yarmouth, Norfolk, England, United Kingdom, her father, Henry Smith, was 36 and her mother, Susannah Jex, was 29. She married John W. Cross on 29 December 1865. They were the parents of at least 3 sons and 6 daughters. She lived in Blundeston, Suffolk, England, United Kingdom in 1851 and Grove Township, Shelby, Iowa, United States for about 30 years. She died on 24 March 1917, in Dow City, Crawford, Iowa, United States, at the age of 67, and was buried in Dow City Cemetery, Dow City, Crawford, Iowa, United States.

Put your face in a costume from Frances Sabina's homelands.