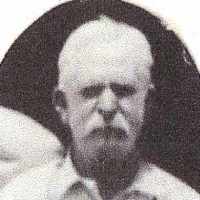 When William Franklin Robson was born on 16 July 1851, in Monkwearmouth, Durham, England, United Kingdom, his father, James Robson, was 42 and his mother, Mary Inness, was 40. He married Annie Elizabeth Cottle on 21 February 1874, in Plain City, Weber, Utah, United States. They were the parents of at least 7 sons and 5 daughters. He lived in Medicine Hat, Cypress, Alberta, Canada in 1911 and Bow, Cypress, Alberta, Canada in 1926. He died on 23 December 1937, in Bassano, Athabasca County No. 12, Alberta, Canada, at the age of 86.