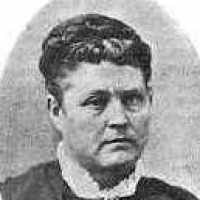 Lucy Ann Merrill was born on 25 July 1828 in Byron, Genesee, New York to Orrin Phelps and Emily Phelps Merrill. She was the third of ten children, three girls and seven boys, all born in Byron, Genese …