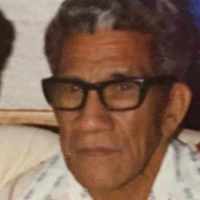 The Life of Uliefu Iosefo

When Uliefu Iosefo Feesago was born on 21 March 1914, in Western, American Samoa, his father, Iosefo Naea Fe'esago, was 31 and his mother, Palepa Feesago, was 25. He married Siapotaga'i Vaimaona on 19 September 1943, in Tula, Vaifanua, Eastern, American Samoa. They were the parents of at least 1 son and 2 daughters. He died on 16 November 1996, in Pomona, Los Angeles, California, United States, at the age of 82, and was buried in Covina, Los Angeles, California, United States.

Put your face in a costume from Uliefu Iosefo's homelands.

Jeannette Pickering Rankin became the first woman to hold a federal office position in the House of Representatives, and remains the only woman elected to Congress by Montana.
1926

American Samoa is devestated by a hurricane. Olosega, in the Manua Islands, suffered the most. The Navy Department gave the Territory 50 tons of rice, 10 tons of salmon and 15 tons of biscuits.
1937 · The Neutrality Act