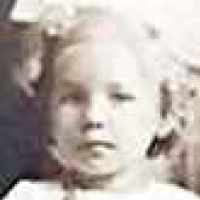 Like the Boy Scouts of America, The Girl Scouts is a youth organization for girls in the United States. Its purpose is to prepare girls to empower themselves and by acquiring practical skills.
1912 · McCreary County Created

Named after James B. McCreary a Confederate war hero and two time Governor of Kentucky McCreary County was created in 1912.
1935 · The FBI is Established