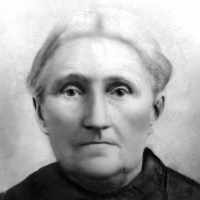 When Elizabeth Jane Hale was born in October 1830, in West Bromwich, Staffordshire, England, United Kingdom, her father, Emanuel Hale, was 31 and her mother, Jane Sedgley, was 29. She married William Henry Stokes in 1850, in West Bromwich, Staffordshire, England, United Kingdom. They were the parents of at least 6 sons and 5 daughters. She lived in Fenner, Madison, New York, United States in 1880 and Lewisville, Fremont, Idaho, United States in 1910. She died on 14 February 1913, in Logan, Cache, Utah, United States, at the age of 82, and was buried in Lewisville Cemetery, Jefferson, Idaho, United States.