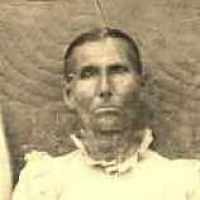 The Life of Elva Elizabeth

Put your face in a costume from Elva Elizabeth's homelands.

The capitol building in Montgomery was destroyed by fire on December 14, 1849, the 30th anniversary of the state.
1863

English: habitational name from places so named in Staffordshire and Sussex. The former was named in Old English as ‘open country (feld) where madder (mæddre) grows’, while the latter was named as ‘open country where mayweed (mægðe) grows’. The surname is now most common in Nottinghamshire.