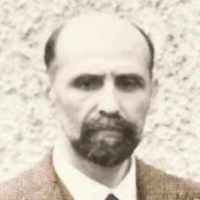 The Life Summary of Juan Ramón

When Juan Ramón Jiménez Mantecón was born on 23 December 1881, in Moguer, Huelva, Andalusia, Spain, his father, Victor Jimenez Jimenez, was 33 and his mother, María Purificación Mantecón López-Parejo, was 32. He married Zenobia Salustiana Edith Camprubí Aymar on 21 March 1916, in Manhattan, New York City, New York, United States. He lived in Madrid, Spain in 1935 and Coral Gables, Dade, Florida, United States in 1940. He died on 29 May 1958, in San Juan, Puerto Rico, at the age of 76, and was buried in San Juan, Puerto Rico.

Put your face in a costume from Juan Ramón's homelands.

form of John , now also used as a given name in English-speaking countries, in spite of the unfavourable associations with Don Juan, the heartless seducer of Mozart's opera Don Giovanni ( 1788 ) and libertine hero of Byron's satirical epic ( 1819–24 ).