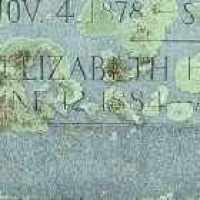 The Life of Elizabeth Eleanor

Put your face in a costume from Elizabeth Eleanor's homelands.

Statue of Liberty is dedicated.
1897 · First Bill for Women Suffrage

In 1897, Senator J.L. Hyatt introduced the woman suffrage bill in North Carolina. The bill did not make it past the committee.
1906 · Saving Food Labels