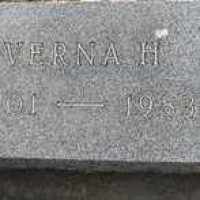 The Life of Verna Henrietta

Put your face in a costume from Verna Henrietta's homelands.

A law that funded many irrigation and agricultural projects in the western states.
1905 · Construction of the Praetorian Building