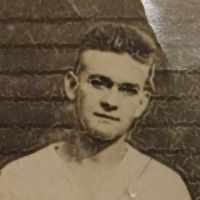 Florida played a critical role during the Spanish-American War. The port of Tampa saw the arrival of over 30,000 troops; this traffic resulted in the small town experiencing massive growth and becoming a city. Cuban-Americans across the state also helped with raising money and support for the war.
1918 · Attempting to Stop the War

1 English (mainly northern): occupational name for a maker of nails, from an agent derivative of Middle English nayle ‘nail’ ( see Nail ).2 Americanized form of German Nahler, a variant of Nagler .