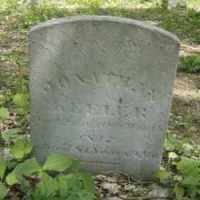 The Life of Jonathan

When Jonathan Keeler was born on 27 December 1765, in Ridgefield, Fairfield, Connecticut Colony, British Colonial America, his father, Timothy Keeler Jr., was 44 and his mother, Mary Hoyt, was 41. He married Joanna Stebbins on 22 August 1790, in Ridgefield, Fairfield, Connecticut, United States. They were the parents of at least 2 sons and 6 daughters. He died on 2 October 1847, in Harrison, Westchester, New York, United States, at the age of 81, and was buried in Purchase, Harrison, Westchester, New York, United States.

1 English: occupational name for a boatman or boatbuilder, from an agent derivative of Middle English kele ‘ship’, ‘barge’ (from Middle Dutch kiel).2 Americanized spelling of German Kühler, from a variant of an old personal name ( see Keeling ) or a variant of Kuhl .