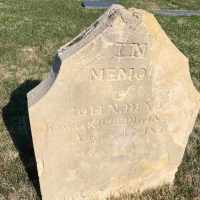 John Dixon was born in 1818 England. (Not sure who his parents are for sure. Could be John and Mary or Joseph and Sarah.) He joined The Church of Jesus Christ of Latter-day Saints and sailed to Americ …