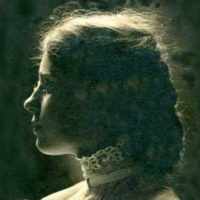 This Act tried to prevent the raising of prices by restricting trade. The purpose of the Act was to preserve a competitive marketplace to protect consumers from abuse.
1904 · William H. Fuller Grows 70 Acres of Rice

Rice is one Arkansas leading crops, in 1904 William H. Fuller planted 70 acres of rice, this act is what started the making rice the leading crop in Arkansas.
1908 · The Bureau of Investigation is formed

German:1. apparently a variant spelling of Nonnengasse , from a street name meaning ‘nuns’ lane’. 2. Possibly a variant of Gnugesser , a nickname for a big eater, from g(e)nug ‘enough’ + esser ‘eater’ (from essen ‘to eat’). 3. Alternatively, it may be a habitational name for someone from Nunkas, a place in the Upper Palatinate.