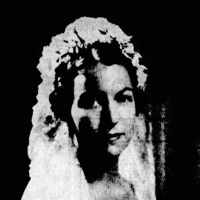 The Life Summary of Mary Adeline

Put your face in a costume from Mary Adeline's homelands.

Scottish (Lanarkshire) and English (East Anglia): from Middle English prentis, prentiz, a shortened form of apprentis ‘apprentice’ (Anglo-Norman French apprenti(e)z, prentiz, prentice, from Old French aprendre ‘to learn, to understand’, Latin appre(he)ndere ‘to understand, grasp’), denoting someone learning a craft or trade, but probably originating as a nickname in the case of the surname.