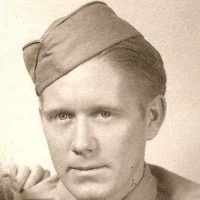 The Life of Daniel Matthew

Put your face in a costume from Daniel Matthew's homelands.

By 1921, Tulsa was a booming city with a population of over one hundred thousand, with ten thousand African Americans in the Greenwood District. Crime rates in Tulsa soared and vigilantism was present. An incident occurred with Dick Rowland, an African American shoe shiner, and Sara Page, a white elevator operator. Reports claim Rowland stepped on Page’s foot and she let out a scream. The newspaper reported Rowland attempted to rape Page. Rowland was arrested and white vigilantes demanded the sheriff to hand over Rowland for lynching. An armed group of African American men went to the courthouse to aid in protecting Rowland from the mob. The group was turned away and a shot was fired between the white and African American groups, which ignited a riot. While buildings in Tulsa were burned, a major effort by whites focused mainly on the Greenwood District which was burned to the ground and many were shot. Over 30 people were killed and many were injured in the riots.
1923 · The President Dies of a Heart Attack

My father Daniel was seriously injured in WW II. I remember my father said he overheard nurses say he would not make it through the night. My father did recover but had a scar all the way down from hi …