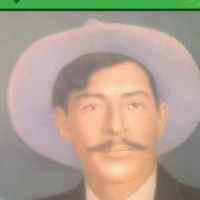 The Life of Pedro

Proclamation against Díaz issued by the liberals in St. Louis, Missouri.
1908

Díaz states his intention of not seeking reelection in interview. Francisco I. Madero publishes The Presidential Succession of 1910 .
1923

There are no historical documents attached to Pedro.