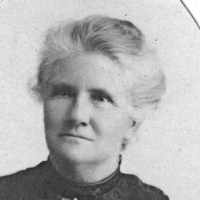 When Elizabeth Ann Hill was born in 1850, in London, England, her father, Henry Hill, was 45 and her mother, Matilda Harrington, was 44. She married John Pearce Martyn in 1868, in Portland, Victoria, Australia. They were the parents of at least 4 sons and 5 daughters. She lived in City of London, Middlesex, England, United Kingdom in 1861. She died in 1933, in Melbourne, Victoria, Australia, at the age of 83.

The Crimean War was fought between Russia and an alliance of Britain, France, Sardinia and Turkey on the Crimean Peninsula. Russia had put pressure on Turkey which threatened British interests in the Middle East.
1867

End of transportation to Western Australia.
1877