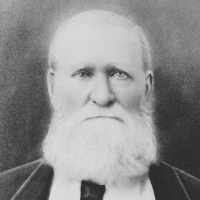 The Life Summary of Joel

Put your face in a costume from Joel's homelands.

History of Terry Joel (Note in pencil: sent in by Amy Terry Hasley) Joel Terry son of Parshall Terry and Hannah Terry whose maiden name was also Terry, was born May 23rd 1812 at Palmyra New Y …