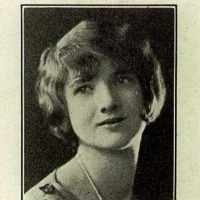 The Life of Hope Lincoln

When Hope Lincoln Anthony was born on 7 February 1906, in Providence, Providence, Rhode Island, United States, her father, Walter Loring Anthony, was 28 and her mother, Lotta Ethel Clark, was 23. She had at least 2 sons and 1 daughter with Frank Whitman Pierce. She died on 10 September 1999, in Warwick, Kent, Rhode Island, United States, at the age of 93.

Put your face in a costume from Hope Lincoln's homelands.

On February 11, 1907, a passenger ship gets rammed by a coal carrier just southwest of Watch Hill, Rhode Island. It takes only 10 minutes for the Larchmont to sink. Only 19 of those on board survive. The next day bodies of those that had been on the ship continue to wash up onto the shore.
1931