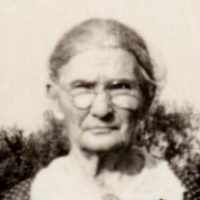 The Life of Nancy Susan

Put your face in a costume from Nancy Susan's homelands.

The first federal law that defined what was citizenship and affirm that all citizens are equally protected by the law. Its main objective was to protect the civil rights of persons of African descent.
1868 · Alabama Under Military Rule

Alabama was under military rule after the end of the Civil War in May 1865 until it was readmitted to the Union in 1868.
1890 · The Sherman Antitrust Act