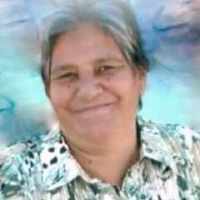 The Life of Meivi Telesia

When Meivi Telesia Raass was born on 6 April 1943, in Tonga, her father, Charles Tonga Raass, was 38 and her mother, Lute Finau Lehauli, was 34. She died on 17 February 2010, in Nampa, Canyon, Idaho, United States, at the age of 66, and was buried in Cypress, Orange, California, United States.

Put your face in a costume from Meivi Telesia's homelands.

The G.I. Bill was a law that provided a range of benefits for returning World War II veterans that were on active duty during the war and weren't dishonorably discharged. The goal was to provide rewards for all World War II veterans. The act avoided life insurance policy payouts because of political distress caused after the end of World War I. But the Benefits that were included were: Dedicated payments of tuition and living expenses to attend high school, college or vocational/technical school, low-cost mortgages, low-interest loans to start a business, as well as one year of unemployment compensation. By the mid-1950s, around 7.8 million veterans used the G.I. Bill education benefits.
1945 · Peace in a Post War World

The Yalta Conference was held in Crimea to talk about establishing peace and postwar reorganization in post-World War II Europe. The heads of government that were attending were from the United States, the United Kingdom and the Soviet Union. Later the Conference would become a subject of controversy at the start of the Cold War.
1961 · The Twenty-Third Amendment