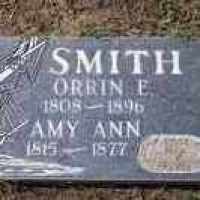 The Life Summary of Amy Ann

Put your face in a costume from Amy Ann's homelands.

Some characteristic forenames: Irish Brendan, Aileen, Cathal, Dermot, Liam, Seamus, Siobhan.Irish: shortened Anglicized form of Gaelic Ó Dubhda ‘descendant of Dubhda’, a byname derived from dubh ‘dark, black’. The family were chieftains in Sligo and Mayo. The surname in northern England seems to have come from the Isle of Man.English: from the Middle English personal name Doude, perhaps a side-form of either Dodde (see Dodd and compare Dowding ), or of Daude, a pet form of Ralph (see Dawson and Dowson ). A nickname from Middle English doude ‘shabby, unattractive woman’ is formally also possible but seems unlikely to have become a hereditary surname.