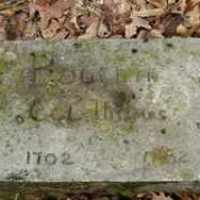 He was son of William Bouldin and Thomasin Mary Nash. He married 29 Jan 1733 in Cecil County, Maryland, Ann Wood Clark. (Nancy). === They had at least 11 children. Thomas was the First sheriff of Lun …