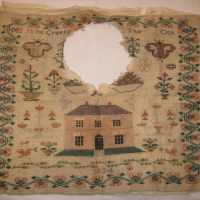 Manx: shortened form of Gaelic Mac an Phrír ‘son of the prior’.

Note: The following information was obtained from the International Society Daughters of Utah Pioneers in Salt Lake City, Utah. A notice on the introduction page states, "This copy made available th …