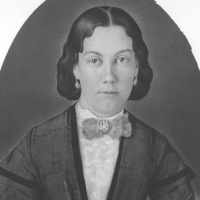 The Life Summary of Susannah Price

Put your face in a costume from Susannah Price's homelands.

"Isaac Reeves is credited with being Delaware's first farmer to plant over 30 acres of peaches near the city of New Castle. In over ten years, he would expand his crop to over a hundred acres. His success prompted others to plant orchards in Kent and Sussex counties. This gave the state the nickname the """"Peach State"""" for awhile."