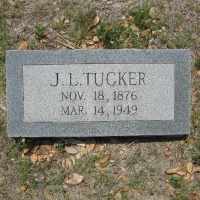 The Life of James Lee

Put your face in a costume from James Lee's homelands.

The First official World's Fair, was held to celebrate the 100th anniversary of the signing of the Declaration of Independence in Philadelphia. 37 Countries provided venues for all to see.
1895 · Alabama State Flag is Adopted

1 English (chiefly southwestern England and South Wales): occupational name for a fuller, from an agent derivative of Middle English tuck(en) ‘to full cloth’ (Old English tūcian ‘to torment’). This was the term used for the process in the Middle Ages in southwestern England, and the surname is more common there than elsewhere. Compare Fuller and Walker .2 Americanized form of Jewish To(c)ker ( see Tokarz ).3 Irish: Anglicized form of Gaelic Ó Tuachair ‘descendant of Tuachar’, a personal name composed of the elements tuath ‘people’ + car ‘dear’, ‘beloved’.