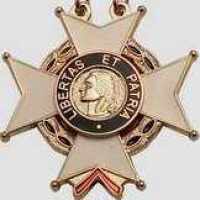 The Life of Peter Adam

When Peter Adam Varner was born in 1730, in Stuttgart, Baden-Württemberg, Germany, his father, Christian Werner Varner, was 33 and his mother, Anna Maria C Rothfuss, was 26. He married Maria Eva Barbara Roth on 11 December 1766, in Pennsylvania, United States. They were the parents of at least 11 sons and 2 daughters. He lived in Philadelphia, Pennsylvania, British Colonial America in 1747 and Chesterfield, Virginia, United States in 1783. He registered for military service in 1776. He died about 1791, in Shenandoah Valley, Shenandoah, Virginia, United States, at the age of 61.

Put your face in a costume from Peter Adam's homelands.

South German: habitational name for someone from Farn near Oberkirch, or Fahrnau near Schopfheim.