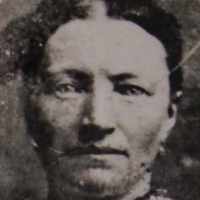 The Life Summary of Alice Sadler

When Alice Sadler Bird was born on 24 August 1796, in Ashton Keynes, Wiltshire, England, United Kingdom, her father, William Bird Jr., was 30 and her mother, Ann Sadler, was 21. She married William Farrell Jr on 17 February 1817, in Hewelsfield, Gloucestershire, England. They were the parents of at least 3 sons and 7 daughters. She lived in St Woollos, Monmouthshire, Wales, United Kingdom in 1841 and Christchurch, Monmouthshire, Wales, United Kingdom in 1851. She died on 23 September 1876, in Logan, Cache, Utah, United States, at the age of 80, and was buried in Logan Cemetery, Logan, Cache, Utah, United States.

Put your face in a costume from Alice Sadler's homelands.