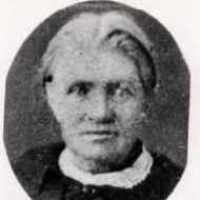 The Life Summary of Johanne

When Johanne Christensdatter was born on 3 November 1799, in Vognsild, Gislum, Ålborg, Denmark, her father, Christen Jensen, was 32 and her mother, Karen Madsdatter, was 28. She married Hans P Christensen on 3 June 1832, in Vognsild, Mariager Klosters, Denmark. They were the parents of at least 4 sons and 6 daughters. She lived in Havbro, Års, Ålborg, Denmark for about 16 years. She died on 9 September 1855, in Salt Lake City, Salt Lake, Utah, United States, at the age of 55, and was buried in Salt Lake, Utah, United States.

Put your face in a costume from Johanne's homelands.

and Norwegian feminine form of Johan .