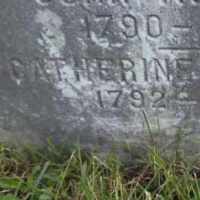 Dutch and North German:1. nickname from Middle Dutch or Low German cloec, clo(o)c ‘deft’, ‘skillful’, ‘clever’. 2. habitational name from a house distinguished by the sign of a bell, Middle High German glocke, Middle Dutch clocke. In some instances this may also have been a metonymic occupational name for a bell maker or bell ringer. 3. nickname from de Kloke ‘the wise one’, from Middle Low German kloke ‘wise person’.