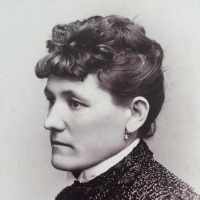 The Life Summary of Rosina

Put your face in a costume from Rosina's homelands.

Autobiography of Hyrum Grimmett (unedited) Everyone has ancestors and it may be reasonably presumed that each of us has approximately an equal number of them. And if each of us could trace back his fo …