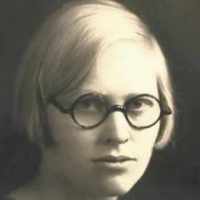 The Life Summary of Marjorie Adelaide

Put your face in a costume from Marjorie Adelaide's homelands.

During WWI there was a dog from Connecticut that made a name for himself, his name was sergeant stubby. He was considered the official mascot of the 102nd infantry. He saved his regiment from suprise mustard attacks, comforted those that had been wounded, and even caught a German soldier and held him there until troops found him. He had his own uniform and everything.

English (Buckinghamshire): variant of Pipkin .History: The Pitkin name was introduced by William Pitkin, a leading lawyer and judge in CT, who migrated from Marylebone, London, to Hartford, CT, in 1660. William was probably the largest landowner on the east side of the Connecticut River, where he owned part of a saw and grist mill.

A compilation of MINI LIFE HISTORIES BY MY MOM ANN P SCHOONMAKER As an introduction and after reading through several starts to her life history, we have decided to present this first part as her yo …